Poly(A) tail is a hallmark of eukaryotic mRNA, and its length plays an essential role in regulating mRNA metabolism. The length of the poly(A) tail is dynamically regulated by poly(A) polymerase and deadenylase. Recent progress in long-read sequencing platforms such as PacBio and Nanopore have enabled the development of methods that detect full-length mRNA with poly(A) tail information. However, a comprehensive resource for plant poly(A) tail length has yet to be established. 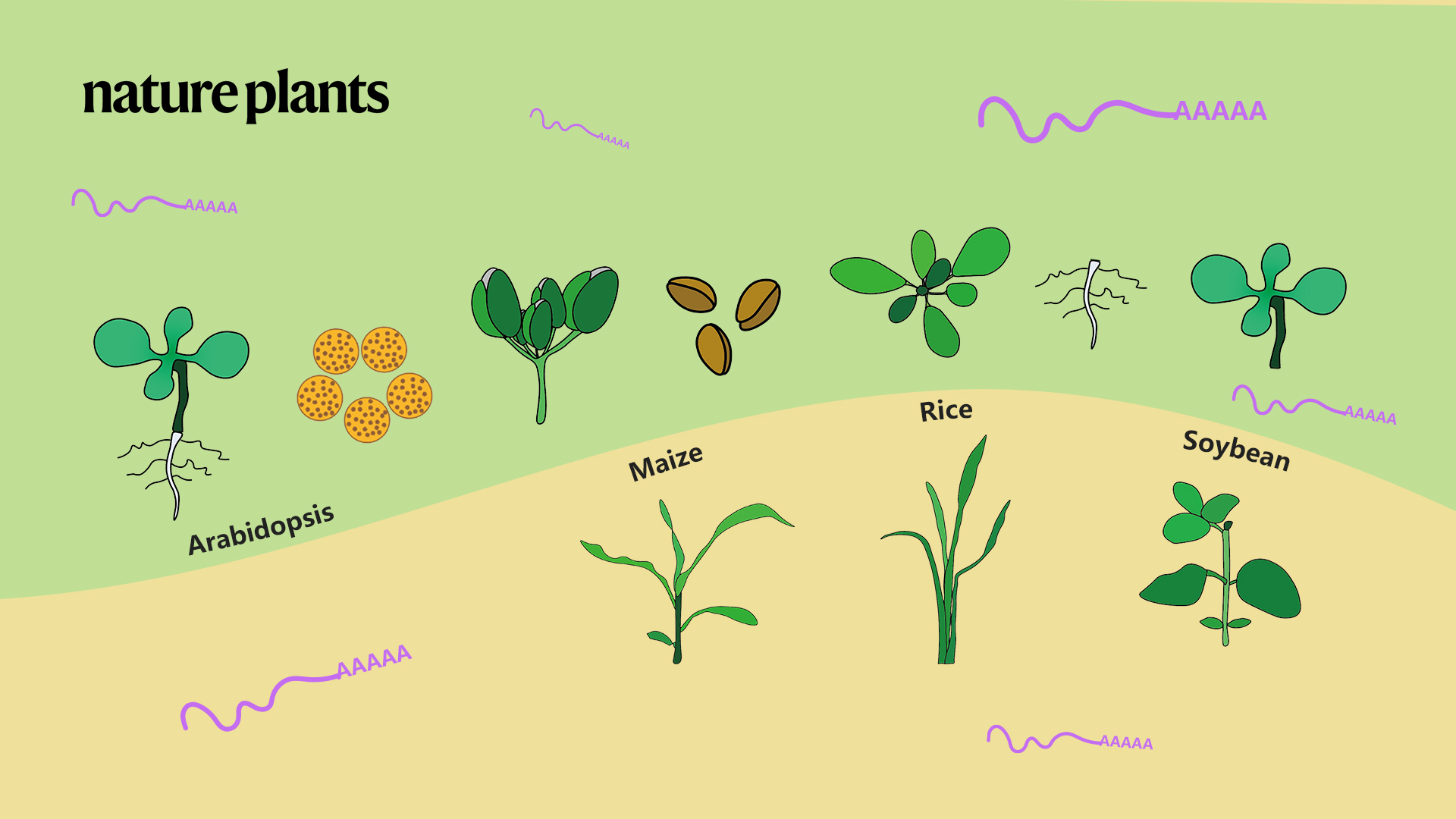 Associate Professor Jixian Zhai’s team from the Institute of Plant and Food Science at the Southern University of Science and Technology (SUSTech) recently published their research results as they applied single-molecule Nanopore sequencing and obtained over 120 million full-length RNAs with the poly(A) tail length information from various tissues and plant species. This dataset enables the genome-wide characterization of plant poly(A) tails at a single gene level across different tissues and species.

The comprehensive atlas includes samples of seven different Arabidopsis tissues (seedling, root, shoot, leaf, inflorescence, seed, and pollen), as well as the shoot tissues of maize, rice, and soybean, each with two biological replicates (Figure 1). In total, they have constructed 20 FLEP-seq2 libraries that yielded ~276 million raw reads and ~121 million poly(A)+ reads, covering more than 10,000 genes with at least 20 reads in most libraries. 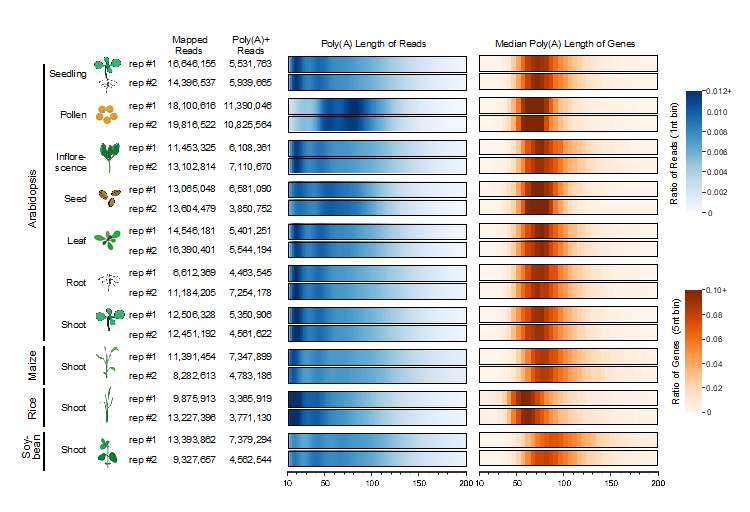 Prof. Zhai’s team found that the size of poly(A) tails shows peaks at ~20 and ~45 nt, presumably the sizes protected by one and two poly(A) binding proteins (PABP), respectively. However, the poly(A) tails in pollen and seed, tissues that may store mRNA for later uses, exhibit a distinct pattern with strong peaks at longer sizes (Figure 1). The data also revealed gene-specific regulation of poly(A) tail length, and mRNAs with the most prolonged half-lives have poly(A) tails that peak at ~45 nt, while the short-lived mRNAs have few tails in the corresponding range (Figure 2), suggesting that protection of poly(A) tail in this size by PABP is essential for mRNA stability.

This study established a comprehensive dataset to facilitate future functional studies on how poly(A) tail length is influenced or regulated by various cis and trans factors in plants.

Dr. Jinbu Jia, Research Assistant Professor at SUSTech, and Wenqin Lu, a postdoctoral fellow of Assoc. Prof. Jixian Zhai’s group, are the co-first authors of this paper. Prof. Zhai is the corresponding author. Additional contributions were provided by Shanxi University.