The Cerebellins (Cblns) family proteins are secreted molecules that connect receptors on pre- and post-synaptic membranes. Cbln1, binding to Nrxns and GluDs, is required for the synaptic formation of granular cells and Purkinje cells in the cerebellum. Knockout of Cbln1 leads to a decrease of synapses in the cerebellum, which affects the motor ability of mice. However, whether Cbln1 is expressed and functions in earlier neural development is unknown.

Before reaching their final target areas and forming neural circuits, the developing axons navigate and encounter intermediate targets, which regulate their pathfinding. Over the decades, different axon guidance cues have been found, but it is unclear whether there are new guidance cues to be discovered. 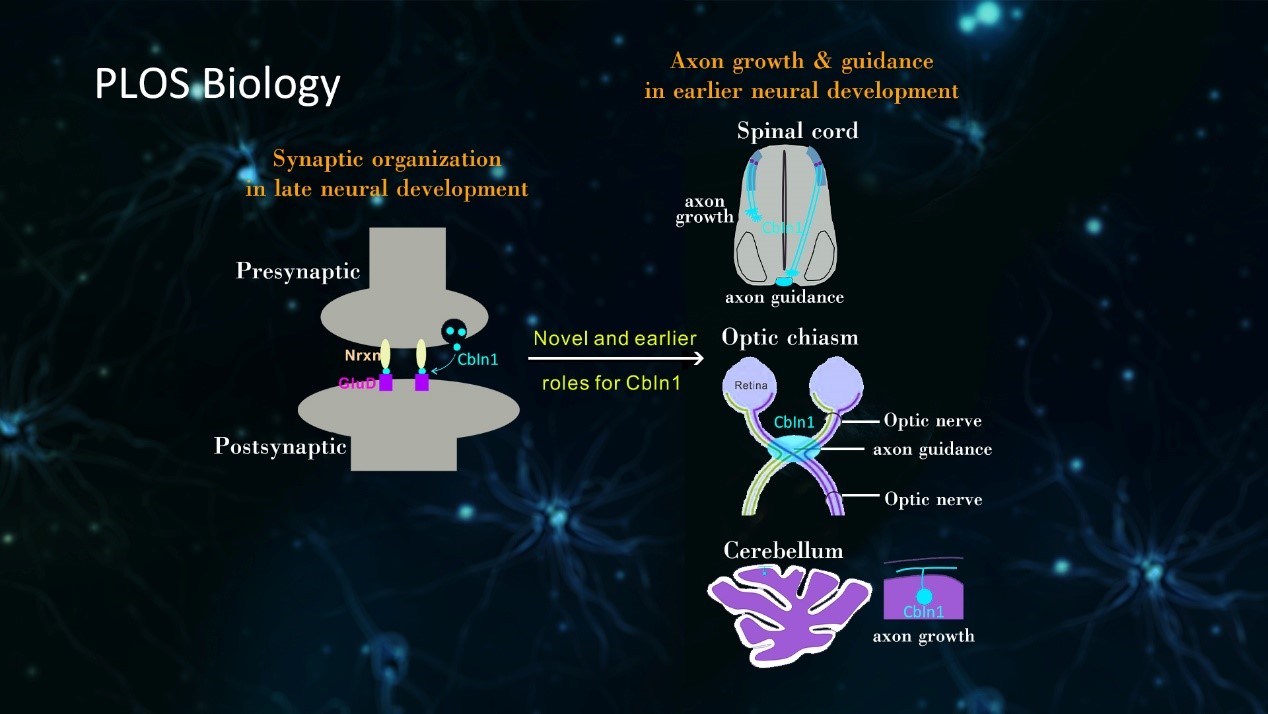 Prof. Shengjian Ji’s group from the School of Life Sciences at the Southern University of Science and Technology (SUSTech) recently published a research article that reports that the synapse organizer Cbln1 plays earlier novel roles in regulating axon growth and guidance during early neural development.

Their study, entitled “Cbln1 regulates axon growth and guidance in multiple neural regions,” was published in PLOS Biology, a journal covering significant advances across the biological sciences. It is worth noting that PLOS Biology has a Primer to introduce and highlight this paper.

Prof. Ji’s earlier work at Weill Medical College at Cornell University found that the synapse organizer Cbln1 is expressed in the dorsal commissural neurons and the floor plate in mouse embryonic spinal cord. To elucidate the functions of Cbln1 in these regions, they constructed several conditional knockout mice to test its roles in earlier neural development.

They also checked the expression of the Cbln1 receptors in the spinal cord by in situ hybridization. They found that only Nrxn2 is expressed in the commissural neurons. Knockdown of Nrxn2 disturbs the ability of Cbln1 to regulate axon growth and guidance. These results suggest that Cbln1 regulates axon growth and guidance through its receptor Nrxn2.

The researchers further expanded their analysis of Cbln1 to other brain regions. They found that Cbln1 is expressed in the early postnatal cerebellum and mediates the axon growth of granule cells. In addition, Cbln1 is expressed at the optic chiasm and acts as a guidance cue in the projection of retinal ganglion cell axons to the brain.

This study has proved that the synaptic organizer proteins play roles in the early neural development stage. 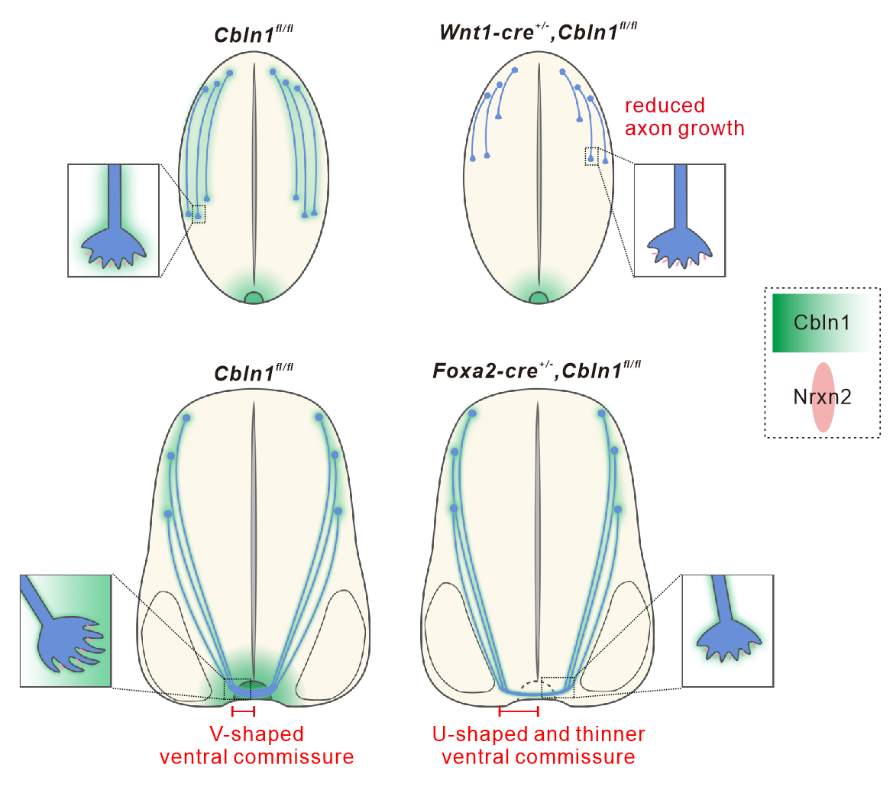 Peng Han, Research Associate in Prof. Ji’s research group, and Yuanchu She, a Ph.D. student at SUSTech, are the co-first authors of this paper. Assoc. Prof. Shengjian Ji from SUSTech and Prof. Samie R. Jaffrey from the Weill Medical College at Cornell University are the co-corresponding authors. Zhuoxuan Yang, a master’s student, and Mengru Zhuang, a postdoctoral fellow, both of SUSTech, also made important contributions to this study.