Cerebrovascular disease has become a significant health care and societal burden in China. Stroke therapeutics represent one of the most unmet medical needs. In the past 30 years, scientists have found that mild hypothermia has a significant neuroprotective effect on stroke. However, the existing method to induce hypothermia not only has low cooling efficiency but also makes the human body feel extremely uncomfortable and produces severer side effects, such as inducing tremors and damaging the heart and lungs. These greatly limit the clinical usage of mild hypothermia as a viable treatment. A better technology to induce clinically useable mild hypothermia is urgently needed. 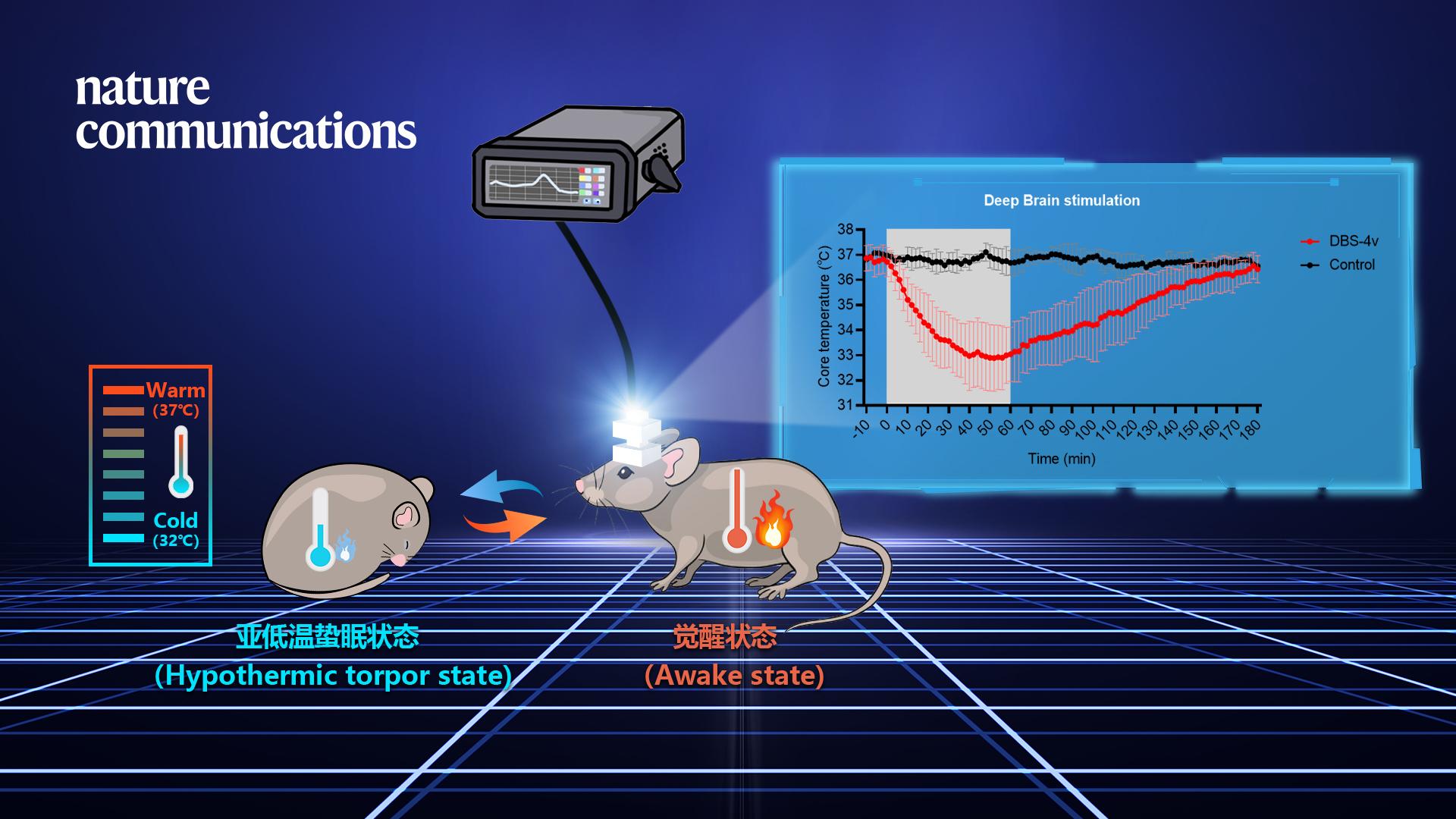 Professor Shengtao Hou’s team from the Brain Research Centre of the School of Life Sciences at the Southern University of Science and Technology (SUSTech) recently published a study where they developed a deep brain stimulation technique to activate thermosensitive neurons in the medial preoptic nucleus (MPN) of the hypothalamus, thereby inducing a hypothermic state in mice. The team used this technology to effectively protect the brain from ischemic damage. It promises to be an effective clinical method to treat brain diseases such as brain trauma and stroke.

Their research paper, entitled “Hypothermia evoked by stimulation of medial preoptic nucleus protects the brain in a mouse model of ischemia,” has been published in the academic journal Nature Communications.

In collaboration with Associate Professor Kun Song’s team at SUSTech and Academician Yizheng Wang’s group from Huashan Hospital of Fudan University (FUHS), Professor Hou’s team used a mouse cerebral ischemia-reperfusion mouse model and chemical genetics method to confirm that the preoptic area of the hypothalamus contains a thermoregulatory center and that the thermosensitive neurons in it are like an indoor thermostat.

Switching on these neurons can trigger the lowering of the body’s core temperature to achieve mild hypothermia. In fact, many warm-blooded animals, such as wild rodents and bears, use this mechanism in initiating and maintaining a hibernation state. When food is in short supply, mice will enter a daily hibernation-like state (called torpor), which is held for several hours at a time to reduce their own energy consumption. During torpor, the mouse body will maintain other physiological indicators within the normal range, so side effects such as tremors and visceral damage caused by mild hypothermia will not occur.

For the first time, the research team successfully used deep brain stimulation to bilaterally stimulate the MPN region of the hypothalamus rich in thermosensitive neurons to achieve a hypothermic torpor state in mice.

After many optimization trials, it was found that the use of a specific combination of stimulation parameters could rapidly reduce the core body temperature of mice to a mild hypothermia state (32-34 degrees Celsius). During this time, the mice also showed low metabolic rates, such as decreased oxygen uptake, heat production, and respiratory exchange rate. These results demonstrate that deep brain stimulation technology can effectively induce a hibernation-like physiological state of mild hypothermia in mice. 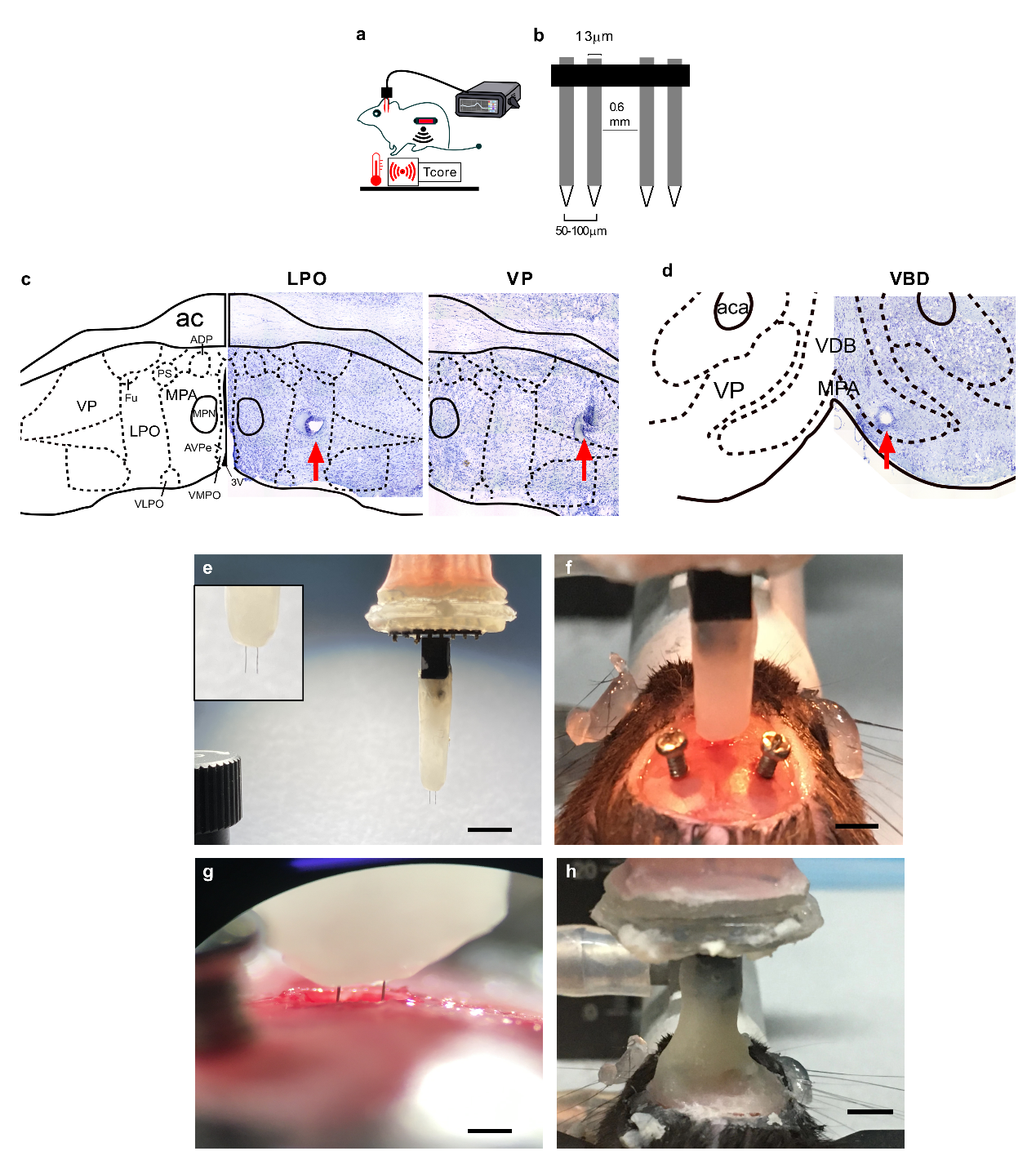 Figure 1. (a) Diagram showing the way of DBS setup (b), the electrode used, and (c & d) the locations of DBS sites. (e-h) Shows procedures of surgery for implantations of the actual electrodes into the bran.

Subsequently, the researchers performed deep brain stimulation on mice one to four hours after a stroke. They found that mild hypothermia induced by deep brain stimulation could significantly reduce brain damage and effectively improve stroke symptoms in mice. Neurological injury score and motor functions were all improved. Through a series of chemogenetics, immunofluorescence immunohistochemistry, brain slice electrophysiology, and calcium imaging techniques, they demonstrated that, indeed, deep brain stimulation activates thermosensitive neurons in the MPN region and induces a mild hypothermia phenomenon similar to hibernation in mice. 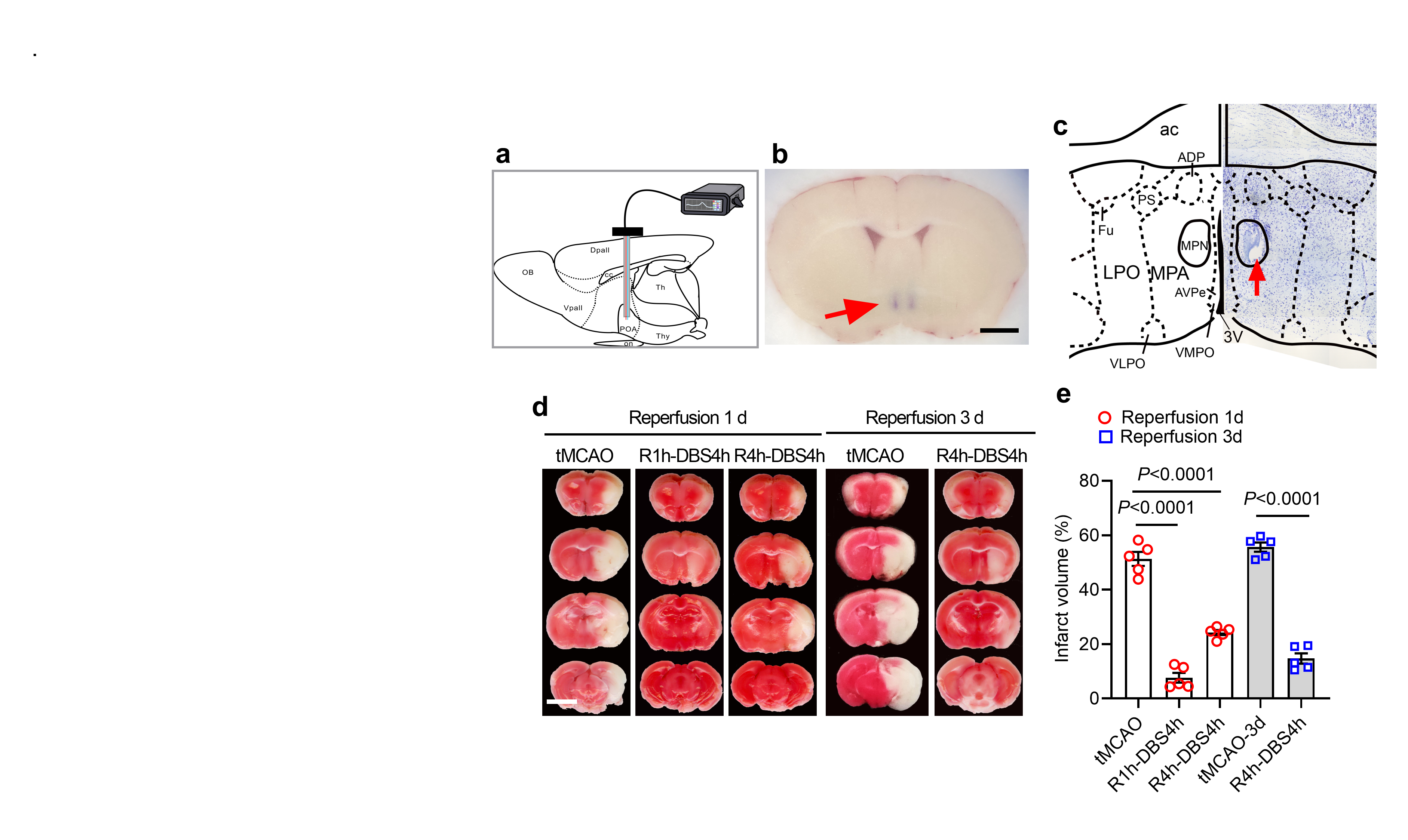 This study provides a new perspective for the development of future breakthrough technologies to treat human stroke using therapeutic hypothermia.

The research was funded by the National Natural Science Foundation of China (NSFC), Science, Technology and Innovation Commission of Shenzhen Municipality, Shenzhen-Hong Kong Institute of Brain Science, SUSTech-University of Queensland Joint Center for Neuroscience and Neuroengineering, and Guangdong Innovation Platform of Translational Research for Cerebrovascular Diseases.

Previous Next：Researchers develop technology for characterisation of cell types Next